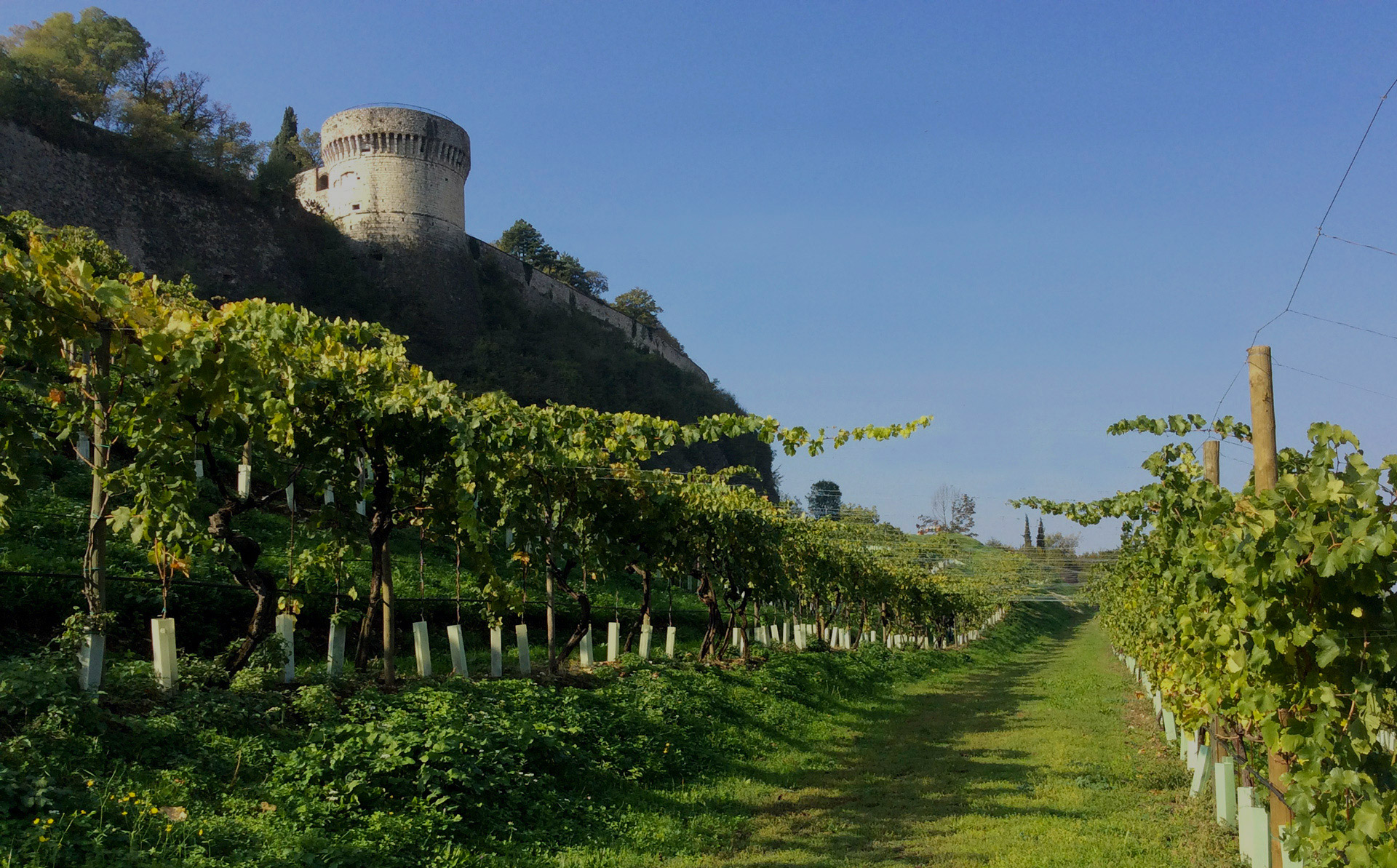 THE LARGEST URBAN
VINEYARD IN EUROPE

THE MAGNIFICENT TERRAIN AND
ITS MULTI CENTENARY SHOOTS

THE PLACE WHERE INVERNENGA DOMINATES THE CITY

Brescia’s Castle proudly dominates the city but despite its urban setting, the slopes of the Cidneo hill on which it stands are surprisingly green.
A well-tended green expanse, richly patterned with arbours of rare, native Invernenga grapevines, an undulating sea of green, gently rocked by the fresh breeze that hugs the side of the hill. This vineyard shines in the sun and illuminates the city with its 1000 year history, a symbol of its oenological culture.

“Pusterla” is the old word for a doorway that gave access to secret tunnels through fortifications and castle walls and is also the name given to the city’s oldest vineyard.
For Brescia and its people, the Pusterla Vineyard is one of the city’s oldest and most prestigious monuments, like its ancient cathedral or the famous Palazzo Broletto.